Acquisition of the portrait of Dylan Thomas by Augustus John

Dylan Thomas was born in Swansea in 1914 and Augustus John in Tenby in 1878. They met in the mid-1930's in London, at the Fitzroy Tavern, a pub in what was then central London's creative 'hub', Fitzrovia where they became close friends.

It was during one these nights that John introduced his then lover, Caitlin Macnamara, to Dylan Thomas. Thomas and Macnamara started a relationship almost immediately and married a few months later.

This portrait of a 23 year old Dylan Thomas is important to national heritage because it links two of these influential figures in British cultural history and is an 'eloquent projection of Welsh contributions to international progressive artistic endeavour,' as stated by the expert adviser to NHMF. 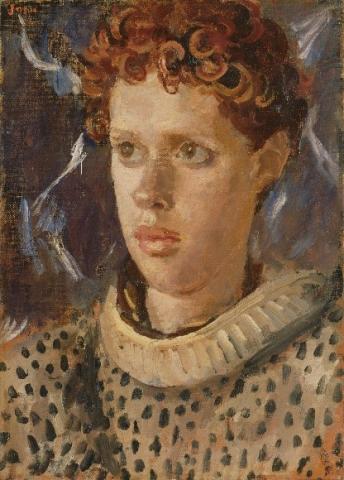 The National Portrait Gallery has acquired a portrait of Dylan Thomas by his close friend Augustus John, it was announced today, Thursday 16 August 2018. The portrait, which links two of the most significant cultural figures in twentieth century Britain, has been purchased with support from the National Heritage Memorial Fund, Art Fund and The Thompson Family Foundation.