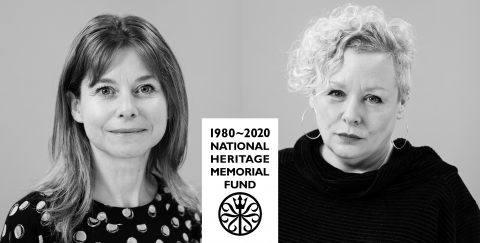 Vanessa Wells and Suzanne Baker have worked at the National Heritage Memorial Fund, and sister organisation The National Lottery Heritage Fund, for a combined total of almost 40 years. As we celebrate NHMF’s 40th anniversary, Vanessa and Suzanne take a look back at some of the hundreds of items they’ve seen added to the memorial collection over their time working here.

“I started working for The National Lottery Heritage Fund back in 2000 and have taken on a number of roles before I began working on  the National Heritage Memorial Fund. I was always fascinated with the objects and items that NHMF helped to save. It has such a unique remit – helping to safeguard an exceptional range of nationally important heritage; from amazing works of art, to fossils and Neolithic axeheads; from nature reserves and historic places, to ceramic crabs and fairground rides.

In the NHMF team, Suzanne and I are the first port of call for many potential applicants, we give advice and support, cases are presented to our NHMF Panel who help advise on their priority for NHMF support. Cases then progress to make applications which are decided by our Board of Trustees.

One case that was a real highlight for me was the British Library’s acquisition of the 7th century Cuthbert Gospel. Although it looks like a small, unassuming volume, it is in fact incredibly important as the earliest surviving intact Western book. The gospel was originally sealed in St Cuthbert’s coffin but both the coffin and gospel book were whisked away by monks trying to protect them from the threat of Viking invaders. It was kept safe and later discovered and preserved when Cuthbert was reburied in Durham in the 12th century.

The projects that apply to us for funding vary massively. One month we could be looking at a small pocket gospel book and the next we’ll be assessing an application from a huge, sprawling castle on the North Wales coast. You might recognise Gwrych Castle as the location of the latest series of ITV’s I’m a Celebrity. It was brought to our attention two years ago when the Gwrych Castle Preservation Trust asked for our support to acquire it. Its recent use as a TV location will help support the Trust’s plans for restoration and public access to the castle.

Many of the items we help save are subject to export stops – this is when an item is considered too important to leave the UK and the government places it under temporary export deferral. We supported National Museums Northern Ireland to acquire the Spanish Armada miniature when its export was deferred. It’s a rare depiction of the Armada soon after the event took place – showing Queen Elizabeth I famously rallying her troops at Tilbury and fireships being launched. Instead of being sold overseas, it was saved for the nation and put on display at Ulster Museum.

From then until now

The projects we support also range hugely in age – spanning centuries of British history. From Iron Age gold torcs and Viking hoards to Picasso paintings, and our recent support of Derek Jarman’s Prospect Cottage. I was lucky enough to visit the extraordinary home, set within the eerie and shifting landscape of Dungeness on the Kent coast.

Prospect Cottage is important to so many people – it covers a whole range of art forms; garden design, filmmaking, writing, painting and sculpture. I’m so pleased that our grant will help safeguard this fragile site for the future and bring it to the attention of wider audiences.

And that, really, is why we do what we do. We’re here to save these precious national treasures so that everybody can enjoy them, both today and for the generations to come. It’s impossible to know what will come next but I can guarantee it will be another fascinating piece of our nation’s history.

“Like Vanessa, my career has been heavily influenced by heritage, having started at our sister organisation, The National Lottery Heritage Fund almost 20 years ago. Since beginning my role in the NHMF team I have seen many fascinating items pass through our doors, some of which I have been lucky enough to see and touch in real life, others I’ve seen in photos, and more recently in Zoom calls.

All of the projects we deal with are special to me because they are going into public collections and I feel very strongly that is where the best of the UK’s heritage belongs. There’s also an important element of memorialising these heritage items for those who have lost their lives for the UK. Many of the items we help save have a memorial aspect to them – with several items from World Wars I and II.

The two World War II speed boats High Speed Launch 106 and Motor Gun Boat 81 had such a resonance for so many. These small boats had seen acts of mercy, recovering airmen of both sides from the sea; and of courage, including the Normandy landings. They are an important part of both the history of the UK and our memories of those who fought in these wars.

A real personal highlight for me was the Staffordshire Hoard, which we helped acquire for Birmingham and Potteries Museum. It was an incredible find and is the most important collection of Anglo-Saxon treasure ever found. Pieces of the hoard were brought into our offices before our Board meeting, still partially covered in soil. It was breath-taking to see.

I was very fortunate to get to hold a piece, with special gloves on, of course! It was a huge privilege to quite literally hold history in my hands.

From tiny tomes to large landscapes

We recently helped to save one of our smallest sized items – Charlotte Bronte’s miniature manuscript ‘The Young Men’s Magazines’. Measuring just 35mm x 61mm, you would need a magnifying glass to read the tiny writing. And on the other end of the scale, one of our largest items has to be the island of Skokholm, just off the south Pembrokeshire coast. It’s a wild and beautiful place that was one of the UK’s first nature reserves. The island is home to puffins, storm petrels, manx shearwaters and was where Beatrix Potter went to make rabbit studies for her children’s books. It’s wonderful to know that, thanks to NHMF funding, the Wildlife Trust of South and West Wales have been able to secure the island for the future.

This is just a flavour of the many projects we’ve helped save, with the NHMF operating over the past 40 years. All of them special and unique and each of them now playing a part in an incredible world-class collection that will belong to the British people forever. 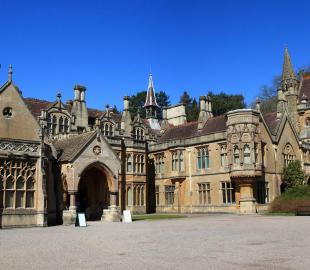 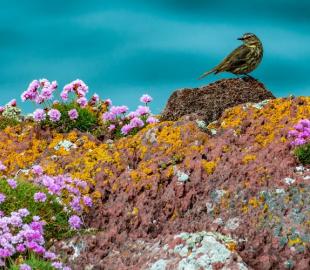