National Museums Scotland has acquired a historic Bruce-Oosterwijck longitude pendulum sea clock, which played an important role in the long quest for a practical way of determining longitude at sea; a problem that had made sea voyages incredibly hazardous. 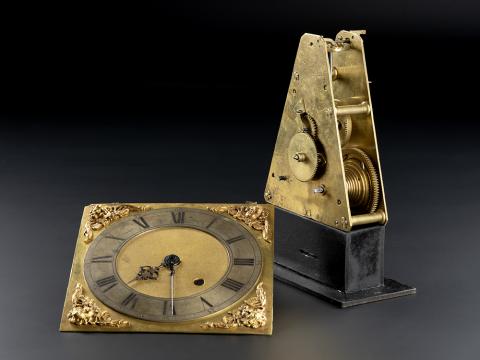 Made in 1662, it is one of only two such clocks which survive today, and represents the first attempt to establish longitude at sea with a purpose-made mechanical timepiece, nearly 100 years before this was famously achieved by John Harrison.

The acquisition has been made possible with a grant of £36,000 from the National Heritage Memorial Fund (NHMF) and £15,000 from Art Fund. The clock was purchased with the assistance of the fine art auctioneer Dreweatts 1759.

It is one of only two surviving mechanisms from this pioneering – but ultimately unsuccessful - attempt to determine longitude at sea by means of a timepiece; a quest which has long captured the public imagination. The ‘longitude problem’ is famous as an exemplar of scientific endeavour with a truly global effect, however the early Scottish contribution is less well-known.

Alexander Bruce, Earl of Kincardine commissioned the mechanism for this clock from the Dutch maker Severyn Oosterwijck in 1662. Bruce lived in the Netherlands as part of the Stuart court in exile and was one of the founder members of the Royal Society. This Scottish-Dutch collaboration continued for several years, though it was ultimately abandoned as an unsuccessful attempt at solving the longitude problem.

The Dutch mathematician and astronomer Christiaan Huygens (1629–95) invented the first practical pendulum clock in 1656 before turning his attention to the creation of an accurate sea-clock for the determination of longitude.

He collaborated with Bruce on the project, with the Scot introducing a number of new features to Huygens’ designs before having four sea-clocks made, two of them by Severyn Oosterwijck.

However these reports eventually proved to be inaccurate and despite the optimism of the 1660s and extensive discussions over patents and profits, the new marine timekeepers turned out not to be the solution that had been hoped for. It was another century before the English clockmaker John Harrison would famously solve the longitude problem.

The Bruce-Oosterwijck longitude pendulum sea clock will go on permanent display in the Earth in Space gallery at the National Museum of Scotland.

Dr Tacye Phillipson, Senior Curator of Modern Science at National Museums Scotland, said: “Establishing longitude at sea was absolutely critical for enabling accurate and safe navigation, and sea-faring nations like the Dutch, English and Scottish were desperate to crack the ‘longitude problem’. Though it did not ultimately offer the longed-for solution, the Bruce-Oosterwijck clock represents a first and significant attempt towards it. This rare and important piece of history is an incredibly exciting acquisition and will be a centrepiece of National Museums Scotland’s internationally significant navigation collection.”

Sir Peter Luff, Chair of NHMF, said: “As one of the earliest surviving scientific instruments designed by a Scot, the Bruce-Oosterwijck clock is of outstanding importance to the history of science in Scotland. Not only is it an incredibly rare survival, it also brings Scottish scientific endeavour back into the longitude story. It is wonderful news that the clock will go on display at the National Museum of Scotland giving the public an opportunity to appreciate its importance in that story.”

Stephen Deuchar, director of Art Fund, said: “The Bruce-Oosterwijck clock reminds us that trial and error often precede revolutionary invention, in this instance adding to a rich narrative of sea navigation and exploration. Art Fund is proud to support the acquisition of this important piece by National Museums Scotland, where it will be widely seen and enjoyed.”

Art Fund is the national fundraising charity for art. In the past five years alone Art Fund has given £34 million to help museums and galleries acquire works of art for their collections. It also helps museums share their collections with wider audiences by supporting a range of tours and exhibitions, and makes additional grants to support the training and professional development of curators. Art Fund is independently funded, with the core of its income provided by 139,000 members who receive the National Art Pass and enjoy free entry to over 240 museums, galleries and historic places across the UK, as well as 50% off entry to major exhibitions and subscription to Art Quarterly magazine. In addition to grant-giving, Art Fund’s support for museums includes Art Fund Museum of the Year (won by Tate St Ives in 2018) and a range of digital platforms. Find out more about Art Fund and the National Art Pass at www.artfund.org

An exceptional portrait of Elizabeth Gunning, Duchess of Hamilton (1733-1790) by the Scottish painter Gavin Hamilton (1723 – 1798) has been acquired by the Scottish National Portrait Gallery. The acquisition was made possible by a £200,000 grant from the National Heritage Memorial Fund and £75,000 from The Art Fund, the UK’s leading independent art charity. The painting was commissioned by the 6th Duke of Hamilton and has remained in the family until now. 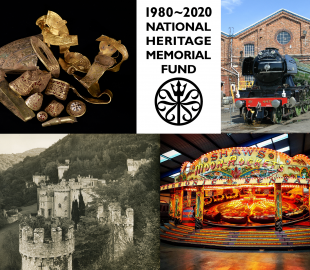 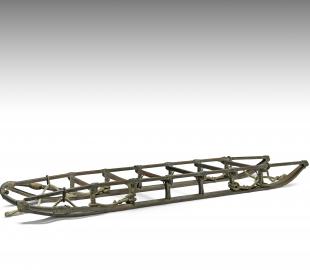