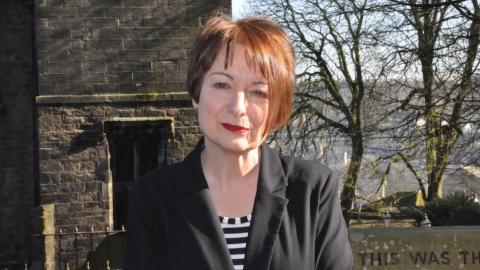 Charlotte, Emily and Anne Brontë are ranked among the world’s greatest novelists, which is why The National Heritage Memorial Fund has helped save some of their most significant treasures.

The story of the Brontës’ own lives is as compelling as their fictions. With so many irresistible components, it’s easy to understand why: the remarkable literary achievement of three daughters of Maria Branwell and a Yorkshire clergyman, Patrick Brontë produced some of the best-loved books in the English language; the intense imaginative worlds created in childhood; and of course, the tragically early deaths.

The Brontës have exerted a powerful hold over our collective imagination for more than 170 years. Generations of readers, writers and artists have been absorbed and inspired by them.

The Brontë Society was founded in 1893 to preserve and celebrate the legacy of the extraordinary Brontë family. Since 1928, the society has cared for the Brontë Parsonage Museum in Haworth, the building where the family lived and wrote.

The museum holds the world’s largest collection of Brontë-related material, which has been enriched by important acquisitions purchased with the support of The Fund.

These include the Brontë family’s dining table where the sisters wrote from childhood. Much of Charlotte’s Jane Eyre, Emily’s Wuthering Heights and Anne’s The Tenant of Wildfell Hall were written at this table.

The table bears marks of the family’s daily use, with ink blots, a candle burn and a small letter ‘E’ carved into the surface. It was sold following the death of Patrick Brontë in 1861 and then passed through the same family.

Thanks to a National Heritage Memorial Fund grant the table was returned to Haworth in 2015, where it is once again in its original position in the parsonage dining room, on permanent display to visitors.

Literary treasures have also returned to Haworth thanks to The Fund.

These include a tiny handwritten book written by Charlotte. These remarkable miniature manuscripts, produced by Charlotte and her brother Branwell, are among the most popular exhibits with visitors and also of great scholarly interest.

In particular, they chart Charlotte Brontë’s development as a writer and reveal how many of her early themes carry over into her published novels.

In 2019 the museum was able to secure at auction an unpublished Little Book by Charlotte Brontë. This was the second time the Little Book had come up for sale. On the previous occasion the Brontë Society launched a successful fundraising campaign only to be outbid at auction.

The museum also acquired six letters in 2012, thanks to The Fund, written by Charlotte Brontë to her closest friend Ellen Nussey. They were among a large collection that Ellen loaned to the novelist Elizabeth Gaskell during her research for The Life of Charlotte Brontë (1857).

Lost manuscripts and a book

Books provided the Brontës with source material for their rich creatives lives. The Brontës’ copy of The Remains of Henry Kirke White (1810), edited by Robert Southey, is one of the rare surviving possessions of Maria Brontë. Mrs Bronte’s travelling box, containing all her property, was shipwrecked off the Devonshire coast shortly before her marriage to Patrick Brontë in 1812.

The book, a treasured memento of their mother who died when her children were very young, was clearly well-used. It contains annotations, sketches and doodles by various members of the family.

When the book came to light in 2015, a poetry manuscript and prose fragment by Charlotte, both of which had never previously been published, were found inside. After surviving a shipwreck and being passed among private collectors in the US, the book has made what is likely to be its final journey, returning to Haworth after being purchased by the Brontë Parsonage Museum.

All of these literary treasures emerged from private collections, and the vital support of The Fund has meant that they have now returned home to Haworth, where they can be cared for appropriately and enjoyed by future generations.

Ann Dinsdale has more than 30 years’ experience of caring for the museum collection, organising exhibitions and dealing with acquisitions. She has also written extensively on aspects of the Brontës’ lives and social conditions in 19th century Haworth.