Five new trustees are joining the National Heritage Memorial Fund (NHMF) and the Heritage Lottery Fund (HLF) Board in the next couple of months, bringing with them skills that range from digital to finance and from place-making to archaeology. 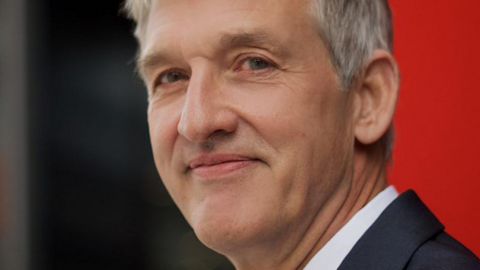 A second term of appointment for Chair Sir Peter Luff has also been confirmed.

“Our five new trustees will bring significant value and expertise to the current Board.” Sir Peter Luff, NHMF and HLF Chair.

Sir Peter Luff, commented: “I’m honoured to be asked to continue my tenure for another three years. The past three years have been inspiring and enlightening and I’m sure the same will be true of my second term. As HLF moves into it a new phase, I also welcome our five new trustees who will bring significant value and expertise to the current Board.”

Claire is a qualified accountant and MBA with particular expertise in financial and risk governance.

She also holds Board positions with The National Archive, The Guinness Partnership, Alliance Homes and volunteers as a trustee with Stroud and Cotswolds Citizens Advice and as a Committee member with the National Trust.

René was for many years the chief executive of Blackwell Publishing.  Between 2012 and 2017 he was Chair of the Wildlife Trusts. He mentors senior management teams in the media and technology sectors on innovation, new business models and cultural change.

René served on the Board of the Higher Education Funding Council for England between 2008 and 2014 and is a member of the Chancellor’s Court of Benefactors at Oxford University.

Sarah has been Chief Information Officer (CIO) at EDF Energy since 2016. She was previously CIO at the National Trust where she led a major three-year digital transformation programme.

Sarah was named ‘European CIO of the Year’ in 2017.  She is a Board member at Royal Botanic Gardens, Kew and Wells Cathedral School.

Maria is an inclusive place and urban renewal strategist, and the founding director of Living Space Project, a place-making and green space think tank and consultancy.

Her current public appointments include: Board member of the Environment Agency; Chair of the HLF's South East Committee; and a commissioner on the Mayor of London’s Sustainable Development Commission.

David, an archaeologist and architectural historian, is honorary visiting professor at the University of Leeds and sits on HLF’s East Midlands Committee.

David is a trustee of the Society for Lincolnshire History and Archaeology; trustee and President of the Lincoln Record Society; and Council for British Archaeology (CBA) nominee to the Council of the National Trust.