The Arts Minister Michael Ellis has announced over £1million joint investment by both National Heritage Memorial Fund (NHMF) and the Art Fund. Norfolk Museums, the National Trust, Charleston Trust and the V&A all acquire heritage of international significance. 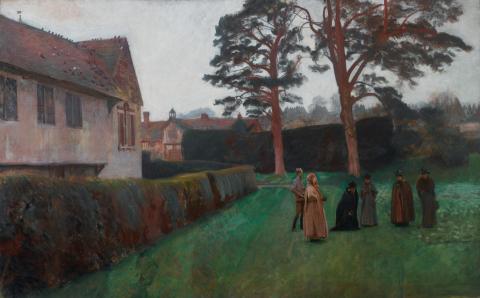 A Game of Bowls, by Sargent
Image 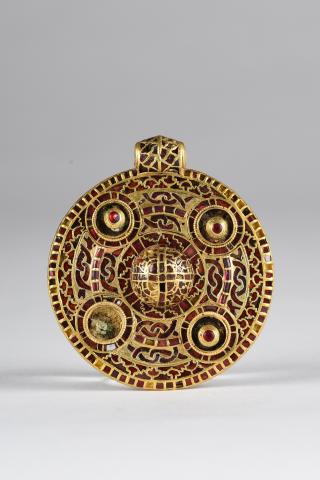 Five museums, galleries and historic houses across the UK are celebrating today, having acquired a selection of incredibly important heritage treasures that were at risk of being lost, in some cases sold abroad.

Arts Minister Michael Ellis announced the news following confirmation of separate grants of £688,400 from the government-funded National Heritage Memorial Fund (NHMF) and £375,050 from the Art Fund, the national charity for art.

Arts Minister Michael Ellis said: “Our heritage provides a window into this nation's great history so I am delighted we have been able to save these treasures. It is right that they are kept on public display for people to enjoy for generations.”

Sir Peter Luff, Chair of NHMF, said: “The National Heritage Memorial Fund was set-up to save our most precious heritage at risk of being lost. Working in tandem with the Art Fund, bringing together both public and private money, we’ve secured the future of an important collection of our cultural heritage for future generations to enjoy.”

Stephen Deuchar, Director of Art Fund, said: ‘Each of these works adds substantially and creatively to the national collection – greatly enriching the experience of museum visitors from the UK and beyond. We’re proud to be contributing alongside the National Heritage Memorial Fund to their purchase.’

It will now go on display at Norfolk Castle Museum and Art Gallery.

It will now go on display at Charleston, the home of the Bloomsbury Group.

A Game of Bowls is considered nationally important due to its depiction of the historically significant medieval moated manor house Ightham Mote, by a renowned artist, at a particularly important period in the house's history.The Palmers transformed Ightham into a centre of fashionable artistic and literary connections (Henry James, Ellen Terry et al), bringing together creative minds from the UK and America. Sargent captures a moment in the house’s interesting history, the setting of which can still be seen today, with a real life scenario of the family hosting their artistic friends.

It will now return to Ightham Mote, now cared for by the National Trust and open to visitors.

The paintings had been in private collections in the US for some years and their sale represented a rare opportunity to place them in a public collection in the UK. They are now in the collections of the V&A.

The National Heritage Memorial Fund (NHMF) was set up in 1980 to save the most outstanding parts of our national heritage, in memory of those who have given their lives for the UK. It will receive £5million of Government grant in aid in 2017/18 www.nhmf.org.uk. Follow us on Instagram: @NationalHeritageMemorialFund #MemorialFinerThanStone

Art Fund is the national fundraising charity for art. In the past five years alone Art Fund has given £34 million to help museums and galleries acquire works of art for their collections. It also helps museums share their collections with wider audiences by supporting a range of tours and exhibitions, and makes additional grants to support the training and professional development of curators. Art Fund is independently funded, with the core of its income provided by 139,000 members who receive the National Art Pass and enjoy free entry to over 320 museums, galleries and historic places across the UK, as well as 50% off entry to major exhibitions and subscription to Art Quarterly magazine. In addition to grant-giving, Art Fund’s support for museums includes Art Fund Museum of the Year (won by The Hepworth Wakefield in 2017) and a range of digital platforms.

About the Charleston Trust

Norwich Castle Museum & Art Gallery is part of Norfolk Museums Service which comprises museums, collections study centres and countywide services relating to archaeology and education. The Service remains a unique partnership between Norfolk County Council and Norfolk's district councils, funded through council tax, earned income and grants. NMS is now regarded as one of the leaders in the museum sector and in 2017 was successful in its bid for continuing major investment from Arts Council England. In April 2018 NMS became a National Portfolio Organisation for Arts Council England, one of only 45 out of 845 heritage and arts organisations in England to be awarded the highest level of support. https://www.museums.norfolk.gov.uk/

About the National Trust

The National Trust is a conservation charity founded in 1895 by three people who saw the importance of our nation’s heritage and open spaces, and wanted to preserve them for everyone to enjoy.  More than 120 years later, these values are still at the heart of everything the charity does.

Entirely independent of Government, the National Trust looks after more than 250,000 hectares of countryside, 778 miles of coastline and hundreds of special places across England, Wales and Northern Ireland.

More than 24 million people visit every year, and together with 5 million members and over 65,000 volunteers, they help to support the charity in its work to care for special places for ever, for everyone.

For more information and ideas for great seasonal days out go to: www.nationaltrust.org.uk

The V&A is the world’s leading museum of art, design and performance, with collections unrivalled in their scope and diversity. It was established to make works of art available to all and to inspire British designers and manufacturers. Today, the V&A’s collections, which span over 5000 years of human creativity in virtually every medium and from many parts of the world, continue to intrigue, inspire and inform. 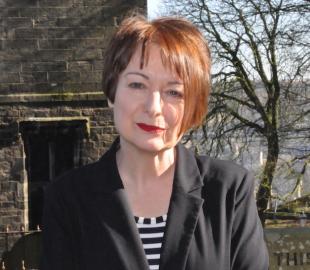