We look back at when NHMF funding helped conserve one of the UK’s most iconic ships nearly 450 years after it sank in the Solent. 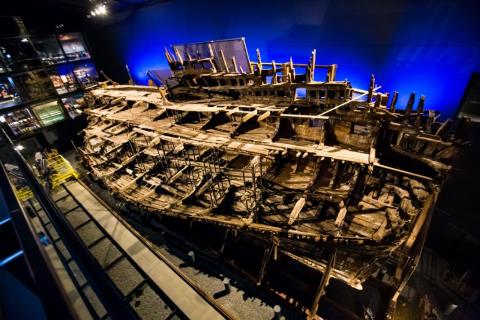 Credit: Johnny Black
The hull of the Mary Rose

Raised from the deep

Henry VIII’s Mary Rose is one of the great icons of UK heritage. Millions watched the BBC’s live television broadcast of her being raised from the bed of the Solent in October 1982.

But despite the collective relief at the success of such an unprecedented and nerve-jangling operation, by 1993 the challenge of preventing further deterioration of the hull meant that the future of the king’s favourite warship was once again in peril.

Six weeks after the Mary Rose was lifted out of the water, its hull was moved to the dry dock at Portsmouth Historic Dockyard, where it remains to this day. Initially the hull remained on its side, the same position it was discovered on the seabed. But in 1985 the ship was rotated 60 degrees, putting it onto an even keel for the first time since 1545.

For more than 10 years, decay was kept at bay by continuously spraying the hull with chilled, recycled water. Without spraying, the wood would have shrunk by anything up to 50%, warping and cracking as the water evaporated from its cellular structure. It was always known that this was not a permanent solution – spraying with water slows down the rotting process, but over time it would also erode much of the ship’s surface detail.

By 1993 the Mary Rose Trust urgently needed £110,000 to install the equipment to begin active conservation. This involved spraying the hull with Polyethylene Glycol, a water-soluble wax that would ultimately replace some of the water retained in the wood. The funding would also pay for a new viewing gallery, which would generate an essential increase in visitor income and allow the conservation process to continue.

The money was needed before April the following year. Any delay in progressing to active conservation would have been extremely damaging to the ship. With such an urgent need for financial support, the Mary Rose Trust turned to the National Heritage Memorial Fund, which stepped in to help.

This was not the first time the National Heritage Memorial Fund was able to help save the Mary Rose for the nation. In total, £1.2m has been awarded to the Mary Rose Trust towards the salvaging and conservation of the ship and its artefacts.

In 1545, Henry VIII’s heart broke as he watched the ship he had commissioned with his own money sink outside Portsmouth harbour. More than 470 years later, the Mary Rose welcomed it’s 10 millionth visitor. It remains a must-see attraction for visitors from around the world and a unique insight into Tudor life.

We're marking our 40th anniversary of saving the most important treasures at risk as a memorial to those who've given their lives for the UK. See more on Instagram on the hashtag #NHMF40. 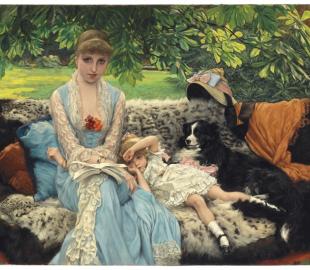 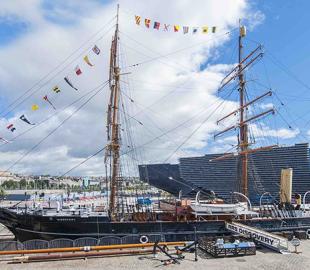